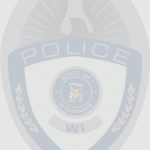 The team itself is made up of law enforcement professionals and concerned citizens. These members of the notification team represent the Columbia County Sheriff's Office, the Columbia County District Attorney's Office, the Portage area School District, the Department of Corrections Probation and Parole Portage office, and the City of Portage Police Department. Dependent upon the location of the offender, police officials from surrounding communities also contribute significantly in cases pertaining to their own individual community.

The team works closely with the Department of Corrections Portage office. They are usually the first to make notification that an offender is about to be released from prison. A regional sex offender specialist headquartered in Madison is also a valuable source to provide timely facts about offenders and the potential threat they may pose to the public.

The team is called into session upon notification that a sex offender is coming to the area. Each offender's case history is reviewed. The potential threat level to the public is categorized at a level of one through three. Based upon the threat level, the team will direct that the public be informed by writing, the media, or in some cases by the calling of a special community meeting.

Sex offenders have always lived in our communities, but it was not until the enactment of ACT 440 that law enforcement was able to share this information with the community. There are over 12,000 sex offenders registered as required by law in the State of Wisconsin.

Information provided to the public to threaten, harass or intimidate a sex offender is illegal. The aim of the notification team is to keep the community informed. An informed community is a safer community.